Out of the box

To help offset all those long hours in an office in front of a screen, you'll find me out and about, preferably breathing hard and moving fast. 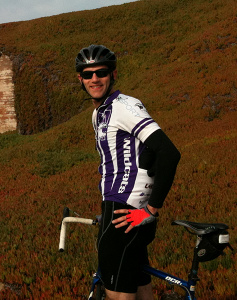 After college, I decided to take up cycling. Since Fall, 2004, I've put over 15,000 miles on my reliable Giant OCR-1. In the Fall of 2011 I received the best birthday present ever: a Scott Addict R1. Thanks to rainy Seattle weather I've only managed about 2,000 miles on it so far. In the past, I've trained for an ridden a centry and a time trial. Generally, I just like the open road and speed -- with a small, friendly group it can approach the zen of rowing (see below). 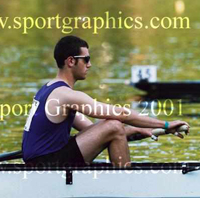 At Amherst College, I rowed crew for all four years and rowed in the varisty A-boat for three of them. We won several medals and awards over the years. Though I was forced to take a hiatus in Chicago, you might find me paddling on Lake Union or Lake Washington in the wee hours of the morning. My last competition was the Head of the Charles with an Amherst Alumni boat in 2006, where we earned the dubious distinction of the "wayward mariner's award." In this case, the experience was, sadly, not the reward.

I played high school football (the american kind) for four years. I started my freshman year as a pudgy kid with no hand-eye coordination, so I learned to be a lineman. At the end of my freshman year, I was a tall skinny kid with no hand-eye coordination, and the position stuck. I started on the sophomore squad and for my senior year on the Varsity squad, where we almost made the playoffs. Football is still my favorite sport, but at 6'2", 175 lbs, I had no future after high school. Instead, I live vicariously though the Bears.

I have a soft spot for fine wine, craft beer and locally roasted coffee. I guess it's no surprise that I ended up in Seattle for a post-doc. The great thing about these beverages is touring in the beautiful parts of the world that produce them.